On May 29, 20121, it was announced that 215 bodies of children were found buried in Kamloops at the site of a residential school This was not unexpected – it’s well known that thousands of children died of various causes over the 150 year lifespan of residential schools in Canada. What was unexpected was just how many were found at once, splitting open wounds that had never been well healed to begin with.

Unpacking all of that is far beyond the scope of this blog and it will be a long road that will take the work of many people. Instead, I want to look at our tiny lens: training and education to help people who want to become employed and perhaps even employed as those who help others themselves, such as community support workers, volunteers with social organizations, or even working in warehouses for charity organizations. In particular, I want to take a look at intergenerational trauma and education.

My husband is the first in his generation to go to university and get his degree, let alone a Master’s. His dad never had much use for education because his mother saw what happened to children taken to residential schools and fought back to ensure her boys wouldn’t be forced to go and fought hard to ensure that they were always treated fairly (literally). My husband is only a little First Nations and is very white presenting, so he is quite privileged.

This fight against schools that were viewed repressive and dangerous went down through the generations to my husband who was basically told that school was useless and he only had to tolerate it until the end of high school. And this isn’t nearly as bad as it could have been as his family were only peripherally impacted by residential schools since the matriarch had never actually gone and fought hard for her kids to be treated properly.

So you can imagine the difficulties that First Nations students have now as many deal with the understandable suspicion of schools implanted in them from their parents and grandparents who saw the damage done by the residential school systems in Canada.

What is Intergenerational Trauma?

Before looking at what can be done to bring students back and help them actually get where they want to go, it’s important to define what intergenerational trauma actually is, or else we won’t have a foundation to go on.

Intergenerational trauma is the phenomenon wherein a trauma doesn’t just affect the person who suffered it, but also those around them and their descendants. In fact, on a genetic level, it’s been found that severe enough trauma can get literally inherited, causing damage in the genetic code itself, not to mention damage to the immune system and even to brain cells, which in turn is passed down! This is still a new area to study, but it’s gaining more traction.

Intergenerational Trauma is more widely studied with children and grandchildren of holocaust survivors and African Americans who are descended from slaves (so pretty well most of them), but there is a growing need to add First Nations to the list. In this case, the trauma was widespread, handed down from government and churches rather than from something like a natural disaster, and affected not just the children who were forced to go into the schools, but also the communities they were taken from.

The Impact of Intergenerational Trauma

Under that light, it makes sense that the children and grandchildren of those survivors are still feeling the aftershocks of something that was done not all that long ago (the ’60s scoop for example was less than 60 years ago, hardly distant history. And the last residential school closed in 1996 – less than 30 years ago).

The impact of 150 years of damaging policy is plain to see today: disconnect from culture leading a loss of identity that then leads to mental health problems and sometimes addictions, a lack of trust in others (particularly those in authority such as police, schools, government, and family service ministries), an inability to ask for help or feel comfortable showing emotion, and often trouble getting employment due to less education and a lot of bigotry on the part of employers. And these things are passed down through the generations by children seeing their stoic parents, children being told that school isn’t worth time or effort, stress in new situations, and of course a lot of rage and hurt which children will pick up on and carry with them. And of course, there is a loss of culture and heritage, leaving many children uncertain where they came from, let alone where they are going.

And where does this come to roost? School. Because Kindergarten to Grade 12 education is still mandatory and many people also go to school to improve their employment outlook.

It would be hubris of the highest order to say that educators, facilitators, and instructors can heal this level of trauma, but we can do a little bit to make it easier. The bulk of the work has to be done by government, by bands, by individuals, and by better policies, reparations, repatriations and education to ensure the such a sorry chapter won’t be repeated in the future. But with the boots on the, ground, there are a few things we can do to help our students get where they want to go (not where we think they should be going, but that’s a different discussion altogether):

-Keep learning. There are tons of resources about there on what First Nations and other survivors need and it’s not on them to teach you – it’s on you to teach yourself.

-Come from a place that acknowledges the trauma, but don’t lower expectations of your students because of it. Trust me – kids and adults alike can rise to your expectations and by doing so, they can move beyond the forces that tried to suppress them.

-Work with locals to help them get there they want to go. We have run programs in reserve land with the partnership of the local band and employers. There’s a lot more success when we go in with the attitude of ‘how can we help you?’ rather than ‘I’m here to help you’ (see, there’s a subtle but important difference!)

-Make space. Some coursework may bring up feelings – sorrow, anger, depression, or just plain old frustration. Remember that most people who are working with trauma have been trained to not show any emotion at all, so when it does come bubbling out, it may end up a bit uncontrolled. Remember that it’s not directed at you, but children need help managing it while adults may need space or to talk. Make space and remember that the curriculum will still be there in a few minutes.

And always have faith on your students, especially when they don’t have much in themselves. This is probably the hardest part, but it’s the most important because even adults need to know that someone is in their corner even when they are angry or anxious.

Dealing with the aftermath of the residential schools, the scoops and racism and bigotry as a whole will take a lot more than one educator, but it can certainly start for students with one educator. Be that person for your class and you’ll find that you can really help students take off. 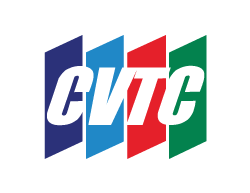